A Journey Through Time

A Journey Through Time

I am forever grateful for the choice my mother made in 1970 that moved us from the suburbs of Chicago after her divorce to the nurturing cocoon of Door County, whose beauty and wildness provided great solace and a connection with something much greater than me. I have a deep-seated bond with this place that developed from a childhood spent immersed in the wilderness of northern Door, an intimacy that developed into a deep sense of longing that I felt throughout the 15 years I spent away from this place as an adult. I didn’t know how much I needed Door, her wilderness, her waters, her rocky escarpments and miles of undeveloped shoreline. She grounded me and comforted me in a way no other place I lived ever could.

There is something sacred about this narrow fragile backbone of rock that is completely embraced by the glacial waters of Lake Michigan. For me, the true wilderness of Door County is found in the power and immensity of the inland freshwater sea that surrounds her shores and the splendid isolation that is created. The energy and ever-changing moods of the lake, the ability to look out at a horizon devoid of any human objects, to see the moon rise over her eastern waters and the sun set over her western waters, is to feel humbled and awed by the incomprehensible timeless forces that have created this place and the tenacity and resistance this fragile rocky peninsula and her necklace of islands have had against such powerful and constant agents of change.

Now, as I paddle along the rocky shores of the Porte des Morts Forest in the legendary waters of Death’s Door, I think of the thousands who traveled before me, the Native Americans, French voyageurs, and early European settlers who laid their eyes upon the very same ancient white cedars I look at today clinging to the escarpment. The dark canopy of the trees along this shoreline, protected forever by a conservation easement with the Door County Land Trust, allow one a glimpse back in time when towering forests like these once completely covered the entire county. White pines, sugar maple, red oaks, beech, and hemlock 300-500 years old, home to the woodland caribou, moose, lynx, mountain lion, black bear, and timber wolves, spoke of the harmonious balance that existed for thousands of years between Door County’s earliest human inhabitants and the land.

It is hard to believe that in less than 150 years we have cut over not only once, but in most places twice, the majestic forests that covered these lands. Between 1880-1910, in less than 30 years, the entire wooded interior of Door was clear cut by the lumber companies and settlers moving ever westward to supply a rapidly growing nation hungry for wood products. First the pines were cut and floated down the lakes to sawmills, then years later as docks were built and roads created, the hardwoods, which didn’t float, were cut and loaded on steamers and transported south and westward. With the loss of their woodland habitat and increased hunting pressure from the throngs of new settlers, the woodland caribou, moose, timber wolf, mountain lion, and lynx were also lost from this landscape. In their place, the more adaptable white-tail deer, coyote, fox, porcupine, and raccoon flourished in the newly cut-over lands.

Lured by hopes of a more prosperous life, early pioneer families came to Door and spent thousands of hours of back-breaking labor pulling stumps to convert the treeless rocky soils into farmland, dairy pastures, and fruit orchards. It was soon discovered, however, that the glaciers had transported most of Door’s topsoil south and eastward, and that the thin northern soils would never be ideal farmland. As quickly as these fields and orchards were abandoned, nature’s pioneers, the juniper, sumac, aspen, white ash, white pine, and white cedars, reclaimed and converted these rocky soils back to what they are suited best for, growing forests.

In the past 30 years, a new type of settler has also been laying claim to these abandoned farmlands at an ever-increasing rate: thousands of people whose hearts (like my own) long for a bit of this paradise, a place of inspiration where nature’s splendor dominates the landscape, a respite from the rigors of urban living.

With so much change already taking place on this narrow fragile peninsula in only the past 150 years, I find myself wondering how this place can retain its rural character, beauty, and ecological integrity when it lies only a four-hour drive north of the third most densely populated region in the United States. To get a perspective on the rate of change that is happening in the county, consider that in the 90 years between 1880-1970, 50 percent of our county’s total housing units were built (10,000 of the 20,000 housing units that exist in Door County today). Between 1970-2000, in just 30 years 10,000 more housing units, another 50 percent of the county’s total housing units, were built. This rate of development translates into an average of 111 new housing units per year being built during the county’s first 90 years of housing growth (1880-1970), and 333 new housing units per year being built in the county in the last 30 years (1970-2000).

In addition, the number of tourists visiting the county has been growing at a similar rate. In 1980, the number of people visiting Door County was a half million; by 1990 this number rose to more than 1 million, and in 2005 this number has climbed to over 2.1 million (a 400 percent increase in only 25 years)!

And with this rapid influx of new visitors and residents come the trappings and burdens they were hoping to leave behind. More of Door’s open spaces and wild places are becoming tamed, suburbanized, subdivided, and dominated by the presence of new homes, buildings, roads, lights, mowed lawns, tulips and daffodils. Domesticated and subdued, the wildness, the unencumbered vistas, the rural character, the very reasons we are drawn here, are being threatened by those who love her. We are loving her to death – Death’s Door, the death of Door, a slow erosion of the qualities that make her so desirable.

What is it about human nature, that we are compelled to possess and change that which we love?

I know I too am guilty of this type of love. My desire and longing to return home to Door in 1999 meant another four-acre abandoned orchard now bears a new structure. The fields where the coyote’s den, the rough-legged hawk and great horned owls hunt for meadow voles, and the monarchs feast on milkweed are now a little smaller thanks to me. I agonized over this decision, felt an enormous responsibility to give back more to this land than what I took, and am consequently assisting nature in restoring these old fields of European weeds and abandoned apple trees back to the white pine, hemlock, and hardwood forests that once covered these fragile soils.

I am humbled daily by the tenacity of nature to restore herself against what seem at times like the greatest odds. In my old fields under the newly established trees, remnants of woodland wildflowers, bloodroot, Solomon’s seal, trillium and Canada mayflower, are reclaiming their rightful place. Viable seeds that have somehow been able to wait for years in the soils under the orchards that dominated this land for over 80 years have broken through the dense cover of European grasses and weeds: spotted knapweed, Queen Anne’s lace, hawkweed, and clover, and found their way to the sunlight. Junipers cling to the shallow soils, slowly building up their fertility while providing a refuge from the voracious browsing of the white-tail deer, for the ash, white pine, and white cedar saplings on their way skyward.

Despite my fear that the tides of change sweeping over this place will greatly alter Door’s landscapes as we know them today, it is in nature’s tenacious ability to restore herself that I find hope and perspective, and recognize that humans’ impact on this planet is but a blink of an eye when measured against the myriad geological and natural forces that have shaped this beautiful planet for millions of years.

At the very tip of the peninsula, where the turbulent waters of Green Bay collide with those of Lake Michigan in the strait known as Porte des Morts, several hundred acres of majestic unfragmented forest embrace the steep shoreline bluffs. Hemlock, beech, white pine, white cedar, and sugar maple that escaped the lumberman’s saw are utilized by many species of birds as a stopover during migration and for critical nesting habitat. To date, the Door County Land Trust has protected 65 acres of Porte des Morts Forest from future development though conservation easements, and protection of another 30-acre tract is currently under way. Though the woodland caribou and lynx no longer roam these forests (a lone wolf, however, has been sighted here in the past few years), the Porte des Morts Forest offers one of the last best hopes for preserving a piece of Door County that has little changed since the days of the Native Americans and French voyageurs.

I am in love with this place, I am in love with all these special wild places that define Door. They have shaped the person I am, the way I see the world, the passion I feel for my life’s purpose, the sadness I feel at times in how quickly things are changing here and the joy I feel in the critically important work I do.

Terrie Cooper lives in Ellison Bay and has worked for the past 21 years for the Door County Land Trust.

About the Door County Land Trust

Since its inception in 1986, the Door County Land Trust has protected over 8500 acres of Door County’s exceptional lands and waters…forever! The Land Trust protects the wild places, scenic beauty and ecological integrity that makes the peninsula and islands so special. 14 featured nature preserves are open for hiking and other low-impact non-motorized recreational activities…all at no charge to the public. The Land Trust uses a variety of land conservation tools to accomplish its mission including purchases and donations of ecologically significant lands and conservation easement agreements with private landowners. The landowners in the Portes des Morts Forest have removed future development and subdivision rights from their properties and through a forest management plan are protecting forever the old growth white cedar and majestic forests along this stretch of the Niagara escarpment and Green Bay shoreline. Though lands with conservation easements are not open for public use, they play a critical role in protecting habitat for wildlife, migratory birds and the rare plants and animals that call this beautiful county home.

To visit one of Door County Land Trust’s 14 Nature preserves, trail maps and more information may be found at www.doorcountylandtrust.org. 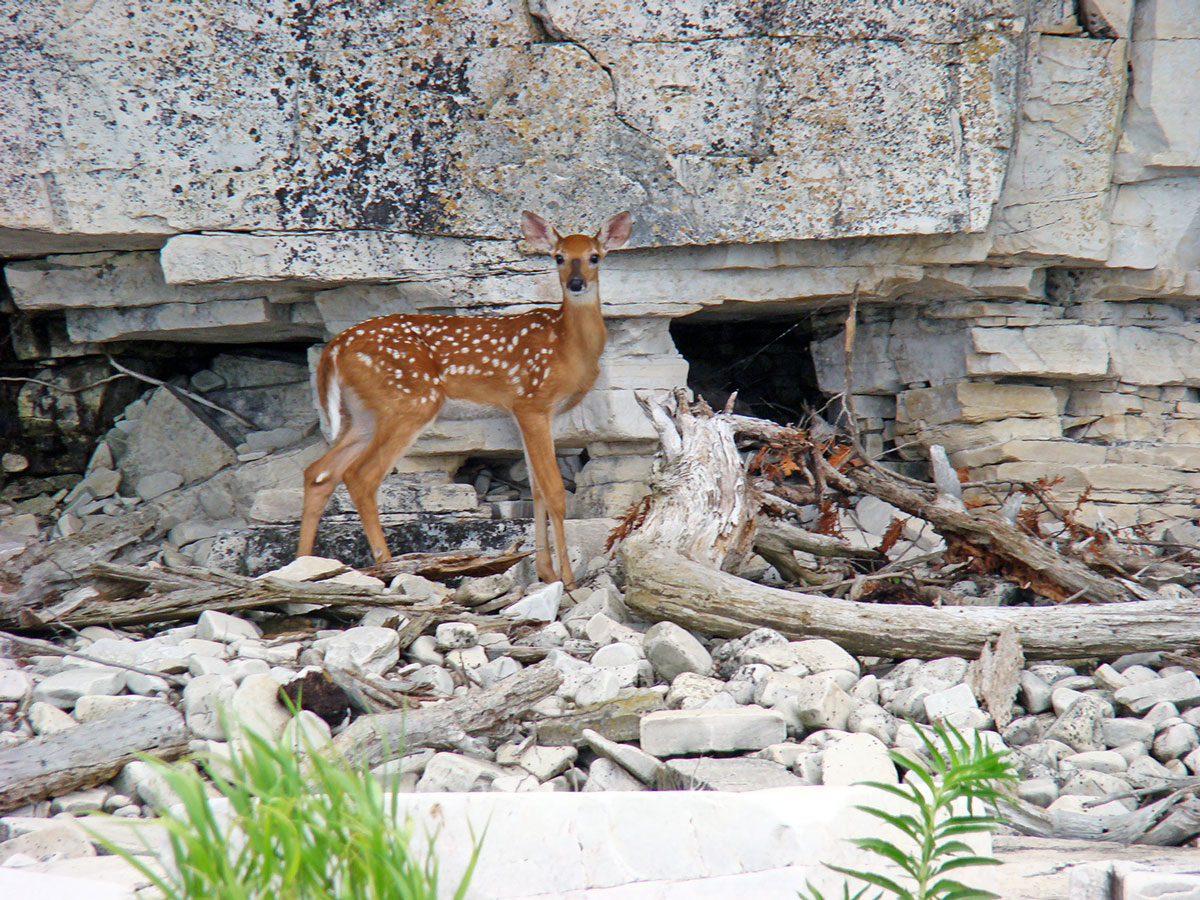 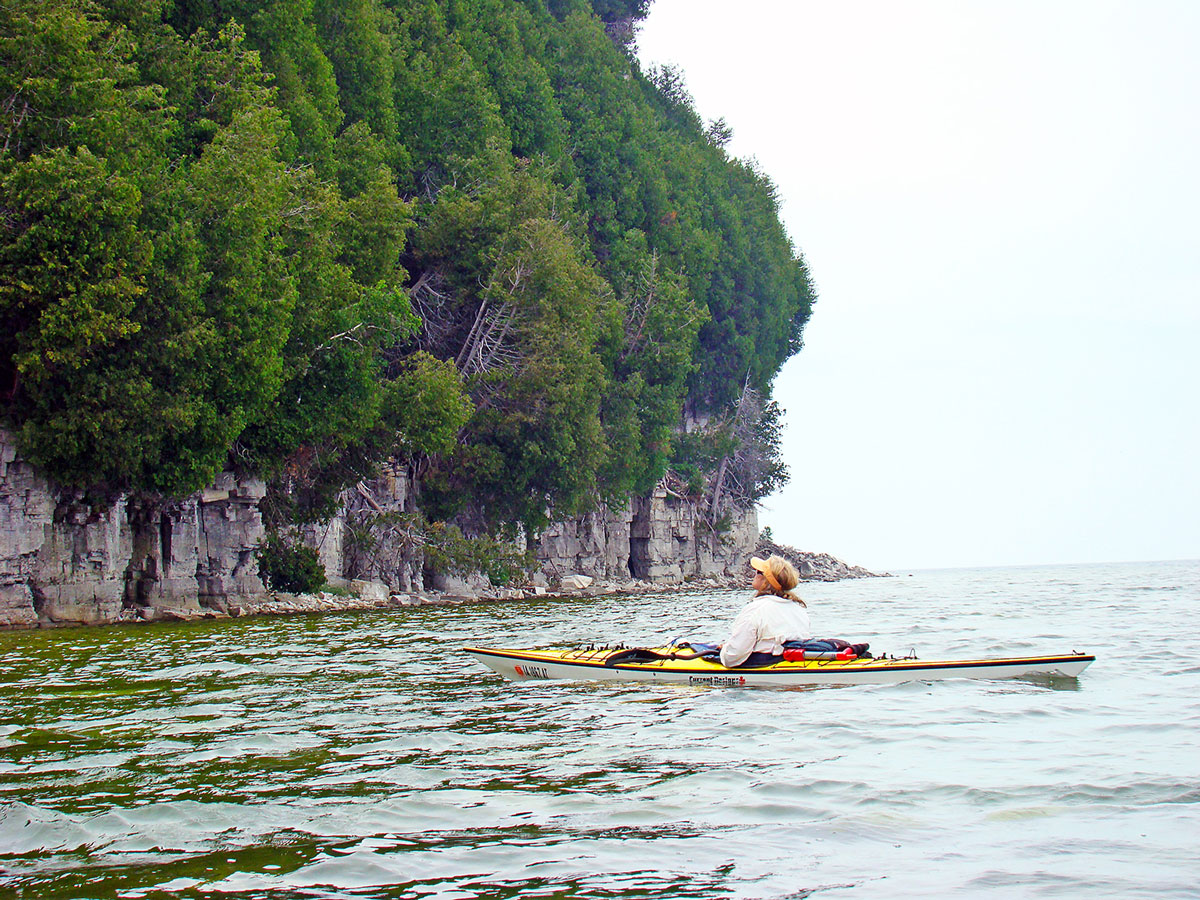 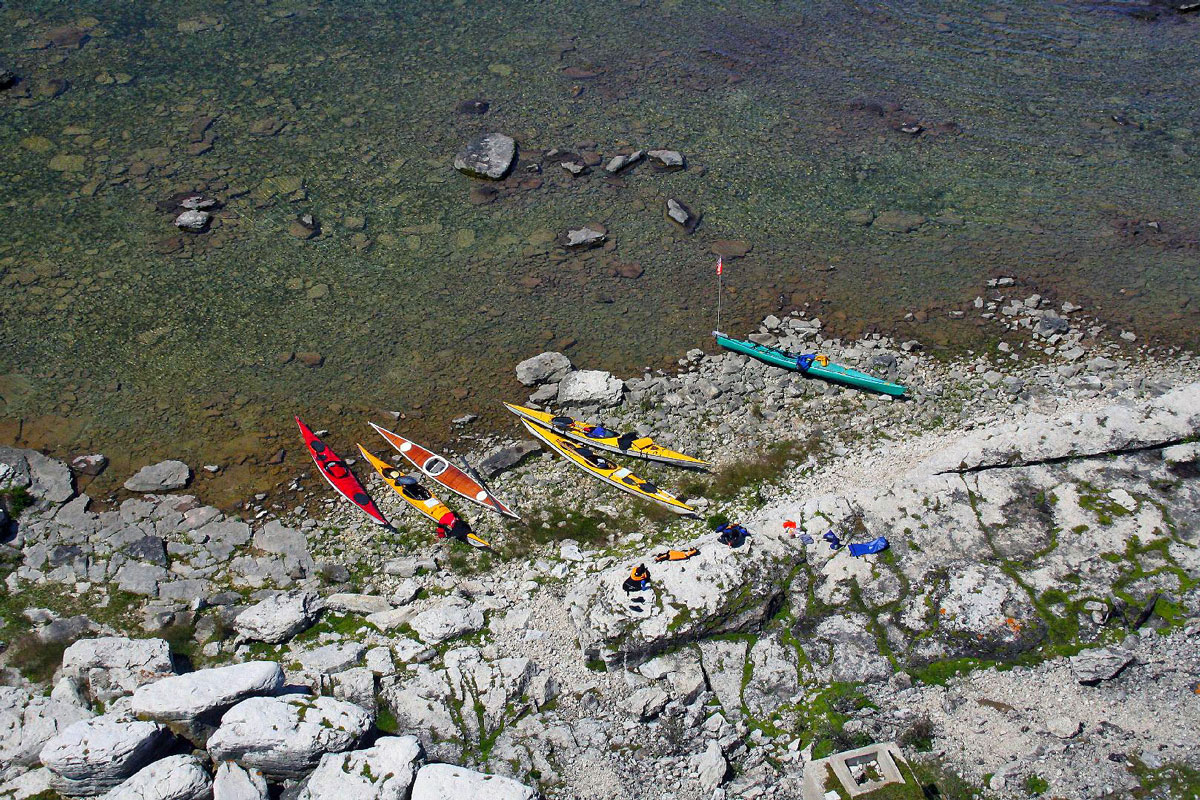